The fan boards, Weibo, and Twitter have been buzzing for a week regarding a dating scandal that was exposed involving popular GNZ48 member Xie LeiLei 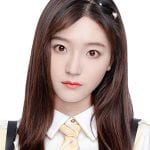 (a Top16 from the SNH48 Group 7th General Elections). As a student of Shenzhen University, she has spent a big part of this year away from Guangzhou and that is when she is said to have entered into a relationship with a male student.

Although there is not technically a “love ban” rule in SNH48 Group contracts, fans strongly oppose their idols dating or, at least, getting caught doing it. There have been known cases of idols being in secret relationships and everyone from management to fan clubs working to cover it up. If, however, an idol is revealed then the backlash is usually swift and amplified by the antis of the group.

For Xie LeiLei, it meant that she lost several big-spending fans and saw her official support association dissolve itself. She did make a couple of apologies and strongly indicated she was “now single”, but that wasn’t enough to appease everyone.

GNZ48 management eventually had no choice but to take action. They released a statement (see at top of the page) on December 30th that indicated that Xie LeiLei was being punished for violation of the idol “Code of Conduct”. Three punishments were issued:

The last effectively drops her back to recruit status within the organization. It also offers some relief to her remaining fans as she was not fired outright opening the door to a possible return should she wish to do so in the future. It would be a very difficult climb back for her but not unheard of in SNH48 Group history. She might also decide to quit by buying herself out of her contract or sitting it out on hiatus.