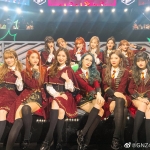 Tencent welcomed the final of its “We Are Blazing” show on July 23rd with the three finalist groups joined once again on stage by the groups that had been eliminated in previous episodes.

All those groups were given the opportunity to present a performance ahead of the final vote with SNH48 Group going last just before the Shanghai Rainbow Chamber Choir was announced as the winner of the competition. 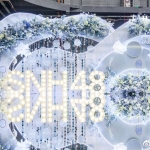 After appearing on the “green carpet” of the event earlier in the day (see tweets below), SNH48 took to the stage with an extended version of the song “Endless Story” (the 2018 Top 16 election song).

This performance quickly trended on Sina Weibo following the show indicating it was well received by the audience watching the Live stream.

You can see the intro to the song in the tweet below and the full stage at top of page.

The intro to the #SNH48 Group performance of "Endless Story" on the Tencent show "We Are Blazing" from July 23rd pic.twitter.com/0HhOnl3drq

17 minutes ago
The schedule for the upcoming #GNZ48 stages including special stages, "Trigonometric Functions" by Team Z, and the return of "Victoria.G" by Team G on June 19th https://t.co/r6OFzp925a

2 1
6 hours ago
#SNH48 and Sina Weibo Star Chart once again collaborate this year for the 8th General ElectionsAs in past years, fans will be able to cast votes on Sina Weibo (not linked to actual election votes) with rewards being given to members during the period leading to the election https://t.co/EwnsHceJQH