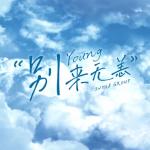 November 5th, 2020 saw the premiere of the latest MV by SNH48 Group featuring the Top16 members from the 7th General Elections!

Filmed at the Atlantis Resort in Sanya (on the island province of Hainan), this Top16 MV was the first one not filmed at an international location since SNH48 started holding general elections back in 2014. This was due to ongoing Covid-19 travel restrictions around the world that made travelling abroad essentially impossible.

“别来无恙” (“Young”) is the last piece of the SNH48 Group “Growth Trilogy” that links all three of the election MVs this year beginning with “Future” by the Top48 a couple of weeks ago. It is the story of teenage dreams of entering university up to the challenges of adult life.

Some fans are not impressed

SNH48 Group fans have been spoiled for years when it comes to the quality of election MVs with beautiful locations, decors, and costumes (just take a look at some of the older videos), so it doesn’t come as a surprise that this output has already gathered a lot of criticism.

It is fair to say that the three election MVs from this year are a significant step down from what fans are used to and it is the combination of many factors including not having access to their usual video team and the group losing a lot of money this year due to Covid-19. The last has caused the organization to be frugal when it came to the general elections, these MVs and, in all probability, the upcoming Best50 Request Time concert as well.

Fans also have a general distate for product placements and ads built into MVs although SNH48 has been doing that (if not quite as obviously) for years.