The event invites a few international acts every year and it was officially confirmed on August 9th that SNH48 would return for the 2nd time.

Why Top 32 you may ask? Top 32 was already in South Korea filming their election MV and it had been announced several months ago that group would have an international performance.

On the blue carpet

Things started early in the day with the official event “blue carpet” where dozens of South Korean idols lined up to sign the guest wall and get their pictures taken.

All 16 of the Top32 were onsite. You can watch their entrance in the video below.

Following in the tracks of the subunit SEN7ES last year, SNH48 once again walked away with the “Global Entertainer Award” which was officially accepted by Qian BeiTing 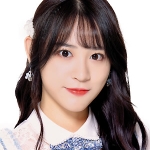 See the members accepting their award in the video at top of page.

What is an award show without a performance? Top32 did not dissapoint with the debut of their new original election song “勇不勇敢” (“Bravery”)!

The members were in Seoul recording the MV for this song ahead of the show.

Below are some photos from the event (click to enlarge).