Ever since SNH48 started to hold elections -and even more since they split from the Japanese 48G- fans have polarized over the “value of a vote” or, in other words, attempts to diminish the accomplishments of either group by comparing the cost of each vote, the way fans can vote, or any number of other sometimes strange statistical systems.

To the hardcore fans, “a vote is a vote” and you simply add up the totals regardless of how the numbers were reached. To others, a vote has a dollar value attached to it and not only do you have to consider the number of votes but the amount of money each vote represents. They say “my idol got less vote but it cost way more to vote for her so each vote is more important than yours.”

They are both right… and wrong.

Both AKB48 Group and SNH48 Group operate from the principle that you can acquire one (1) voting ticket by buying a copy of the election EP (regardless of how many versions of that EP may exist). Every ticket allows you to cast one (1) vote for the idol of your choice.

The basic price of an AKB48 election EP is around $15 (US) and the one for SNH48 is around $12 (US). Relatively small difference so far. Fans should just be able to count the number of EPs sold then.

The reason is that each group also offers various other ways by which you can buy that vote or multiple votes. In fact, AKB48 Group had a total of twenty-four (24) different ways. SNH48 Group had four (4).

Don’t let the numbers fool you though. Yes, AKB may have more ways to get votes but SNH sells election box sets with a large number of votes inside plus allows electronic voting (although each of those votes is only worth 0.1).

Once you have factored in all the bundles and/or “free” votes that are available out there, the market price for each voting ticket drops significantly. The average market rate for an SNH election ticket was around $5 (US) this year while the AKB one was in the $7 (US) range. The price variation remains relatively the same.

Factor in all the different voting options as well as the price per vote and both #1 on these lists are basically equivalent. Outcome: Tie.

Where there is a significant difference, however, is for numbers #2 to #9 where the average number of votes is doubled. That can’t be written off by costs of votes. Outcome: Advantage SNH.

For #10+, you have numbers that are almost the same so AKB gets an advantage due to average cost of votes. Outcome: Advantage AKB.

Let’s add up the totals then. We are only looking at Top 16 since this is where the bulk of the votes is concentrated for both groups.

AKB racks up approximately 1.2 million votes with their Top 16 while the SNH number sits at approximately 1.7 million. Again, once you take the voting differences into consideration: Tie.

Those who are hoping for a battle royale between AKB48 Group and SNH48 Group will have to wait another year as, for now, the two organizations are managing to score evenly with their fans. 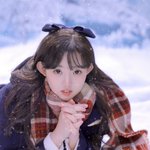 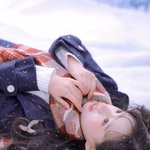 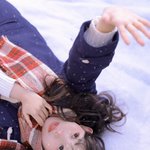