2020 will be remembered as a year of change in the history of SNH48 Group. Not only are we witnessing the upcoming graduation of the very 1st generation of the group (in October 2020), but there is a clear dynamic of change taking place throughout the organization as well.

148 members of SNH48 Group gathered for their first online election (due to Covid-19 restrictions) at the Qizhong Forest Sports City Arena (also known as the Shanghai Tennis Stadium) for the 7th General Elections.

of SNH48 Team SII (2nd generation) managed to hang on to a lead she had established several weeks ago to win the crown with a record breaking total of 3,533,525 votes followed by Lu Ting 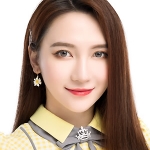 For the first time ever, all the top 3 members (and even the 4th) managed to gather over 1 million votes. In doing so, Sun Rui and Lu Ting managed not only to beat the overall record established in 2019 by Li YiTong, but also the adjusted 2017 record by Ju JingYi (both now graduated)!

Time to look at the events of the day.

Online due to Covid-19

Only a few lucky fans were able to secure limited spots available at the event due to Covid-19 but hundreds of watching parties were taking place throughout China (and the world) to watch the show streamed on Migu Music and Tencent VIP.

The decision to go purely online has had an impact on the stage that was designed for the election and so did the choice to only allow 148 members to get on stage. The outcome was a much more compact stage custom-built for the cameras instead of the usual large crowds.

For example a stage for a crowd would be longer with large screens on either side so everyone could see what is going on. When everyone is watching at home, those are not needed.

The concert was the usual mix of 2019 election songs and fan favourites with a few survival show songs thrown in for good measure.

The tradition is for the first performance to be the election song from the previous year. Li YiTong who was unable to attend the election due to her participation in the Tencent show “Super Nova Games” recorded in advance her opening part. Xu JiaQi (Kiki) who is currently with the IQIYI group “THE9” surprised a lot of fans by joining the concert as one of the 2019 Top 16 members.

STAR48 peppered the concert with some announcements to leverage the event’s visibility but also allow some extra time for members to setup for the next song.

Here are the announcements from this year:

Studio48 (the movie production subsidiary of STAR48) is continuing its work creating dramas and movies but it is undergoing a considerable expansion. The company now has several artists signed under contract to work as actors and it has grown the number of studios operating in the country to 3 (Shanghai, Beijing, Changsha). These studios are supervising some of the 35 projects currently in different stages of development.

Studio48 to get into the TV variety business

Another announcement related to Studio48 is related to television. The studio will now work on producing their own variety shows that will then be sold to television stations. Two projects are currently on the way: a beauty and makeup show done in collaboration with Mina Magazine and a travel variety show produced in collaboration with ShenzhenTV.

SNH48 will work with Mina Magazine China (another subsidiary of STAR48) to create a new girl group called “After Waves 9” (or “AW9”). The group will be dedicated to working on projects related to magazines, fashion, and acting as brand ambassadors for a variety of companies. In many ways, it is similar in design to what was being done with the now defunct subunit “Style7”.

The group is said to debut very soon and will have 9 members with 2 of them changing every year. One of the main tasks of the group will be to promote a new line of cosmetics owned by STAR48.

And the winners are…

Time to look at all of our winners for this year. The absence of the entire 1st generation opened up the field and allowed several new members to enter the ranking for the first time.

4 members managed to break the barrier of 1 million votes this year!

As per last year, each of the two SNH48 sister groups (BEJ48 / GNZ48) also had their own respective Top 16 ranking based on election results.

A passing of the torch… and a shuffle!

One of the most significan videos of the evening was no doubt a PV produced for the soon to graduate 1st generation members who share some of their thoughts as they pass the torch to the newer generations to carryon the work on the foundation that they created.

You can watch that below.

And what is more symbolic of change than a new generation? STAR48 announced that it would be holding auditions from August 15th to October 15th, 2020 for the 15th generation of SNH48 as well as the 10th generations of BEJ48/GNZ48. The auditions will also seek to attract new actors to join the Studio48.

A new generation is not the only sign of change, however. SNH48 Group also let it known that, with the 1st generation members graduating, a major shuffle is on the way! This will be a complete recalibration of the various teams to deal with the graduations of 1st gens this Fall and 2nd gens in August 2021. Further details will be provided at a later stage.

Congratulations to all the winners! 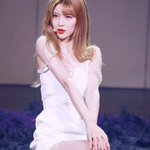 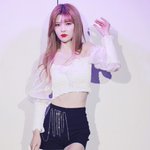 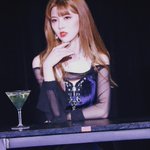 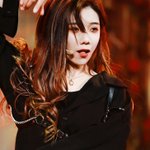 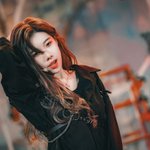 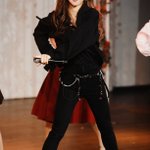 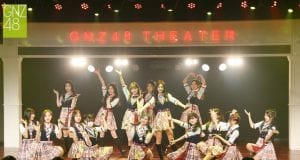