June 9th 2016, a bomb drops on the AKB48 fandom: AKS (producer of AKB48 Group) announces that STAR48 (its Chinese partner running the sister group SNH48) is in breach of its contract and that, as a result, AKS will stop making any and all promotion of SNH48 as it evaluates the relationship with STAR48. A day later, STAR48 releases a statement indicating that SNH48 was never a subsidiary of AKS and was always independent to begin with.

That was almost a year ago.

At the time, the fans did the expected and polarized on the issue. Hardcore AKB fans took the side of AKS (“SNH is a sister group and they have to obey the mothership”) while SNH fans obviously said otherwise (“AKS never truly treated SNH as a sister group anyway”).

What led to the split?

Contrary to some beliefs, SNH48 did not split away from its Japanese sister groups. It is the Japanese branch that cut ties to the Chinese group. Undeniably, this was a reaction to steps taken by STAR48 over the previous weeks and months. So, what was the big problem after all?

STAR48, wanting to expand in China as well as distinguish itself from the “mothership” announced that it would be taking several actions:

2. STAR48 started to establish key strategic partnership with major investment firms that diluted the influence (already limited to a partnership to secure access to the AKB48 music catalog and payment of residuals) of AKS in its operations.

3. STAR48 announced its intention to develop its own original catalog of music depriving AKS of a very lucrative copyright licensing revenue.

THIS IS A TALE OF POWER, POLITICS, AND MONEY. ALL THE INGREDIENTS OF THE BEST DRAMAS.

STAR48, eager to capitalize on the growth of SNH48, wanted to expand and offer what the fans asked for: original content.

AKS, wanting to protect its own financial interests in China, royalties, and keep a fast growing possible challenger in check, resisted.

It appears that STAR48 decided to ignore all of this and go ahead with its own plans regardless of the Japanese opinion. Japanese were offended and retaliated.

That, however, would be a simplistic view of the problem.

There is circumstantial evidence that AKS had started to try and establish other sister groups in China with partners other than STAR48. It would also have allowed AKS to make money multiple times on the same old song catalog.

Suffice it to say that STAR48 decided that the best defense was a good offense.

Who is to blame? Who threw the first punch? We probably will never know for sure as both groups have basically split and decided to pretend the other does not exist even though nobody on either side actually formally has announced the partnership is “dead”.

Where do we stand now?

Despite all the gloom and doom, SNH48 is still going strong in mainland China and, by all accounts, thriving.

It has increased the number of its sister groups to 3 (BEJ48, GNZ48, and SHY48) with several more planned, hundreds of new original songs and stages have been created, fan base saw huge growth (and with that profits), several key investment groups have put millions in the company but, more important yet, SNH48 Group now is getting official government recognition which is opening the doors to some of the biggest events in China.

All that in the context of South Korean idol groups mostly banned in China for political reasons which is opening the door to domestic acts like SNH48 Group and causing a real “idol boom” on the mainland.

For its part, AKS has been announcing new international sister groups in Taiwan (TPE48 – yet to debut), the Philippines (MNL48 – yet to debut), and Thailand (BNK48). It has also announced new partners in mainland China and the creation of an “AKB48 China” which would have a theater in Shanghai although no further movement has been seen since the first announcement in summer 2016.

It is only natural for people to try and find a “winner” and a “loser” in all of this but the reality is that not much has changed.

AKB48 Group and SNH48 Group already operated in isolation with only very minor interaction so, no change there. SNH48 Group had started to push original content as a strategy prior the split and they now have moved to 100% original content (yes, they still perform some old AKB songs but those were the ones they had already paid handsomely for).

Both groups have lost the potential benefits of working together but AKS has regained the freedom to act in China on its own and STAR48, who had suffered many times of being openly linked to a Japanese group, has significantly increased its visibility and popularity even going so far as being invited on some of the biggest CCTV shows. 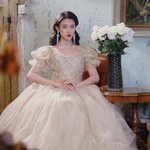 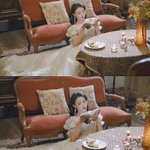 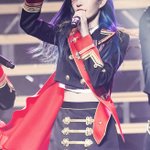 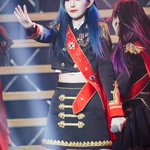 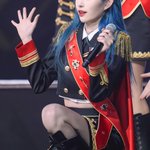