Each year, SNH48 Group allows fans to vote for the songs they believe are the very best out of the SNH48 music catalog. Fans can vote for a song but, also, on who are the members or teams they want to see perform that song.

The concert took place once again at the Mercedes-Benz Arena in Shanghai which is a mainstay of SNH48 Group events as that is also where the annual General Election takes place.

Hundreds of songs from the entire SNH48 Group discography were in competition and fans gathered early in the day to purchase limited edition souvenirs of the event and enjoy the full concert experience.

The event this year was sponsored by Chinese mobile phone maker Xiaomi and broadcasted jointly by Migu Music (part of state-owned China Mobile) and Tencent.

All about the songs

50 songs. That is how many performances fans voted for during this show and nobody knew what the exact final ranking was going to be. Our team members on site reported the excitement to be palpable.

Backstage, members of SNH48, BEJ48, GNZ48, SHY48, and CKG48 (who were participating for the first time) were taking time for a few last minute practices. Members have been aware of the results for some time but these songs would have them perform with members of groups in other cities which means their practice time was extremely limited.

The show started promptly and was being broadcasted freely worldwide on Youtube (you can watch that stream at top of page) as well as Tencent and Migu Music.

Top Team Song: “光之轨迹” from the SNH48 Team NII original stage “In the Name of Love” performed by Team NII itself.

Below are the full results of the event: 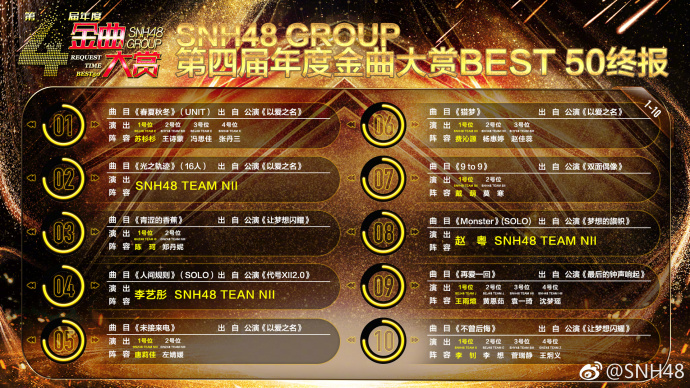 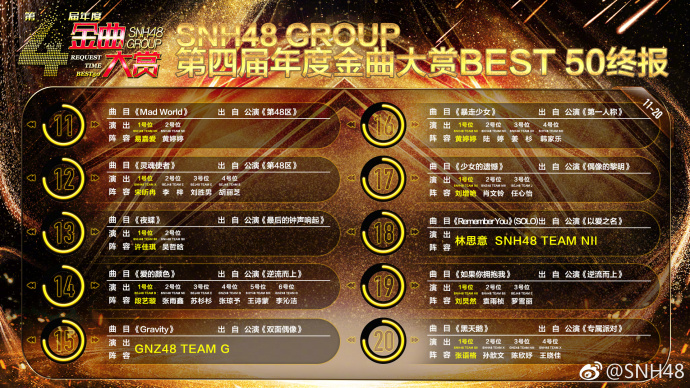 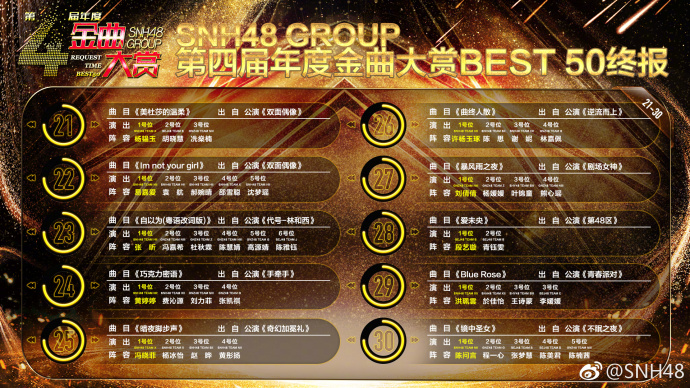 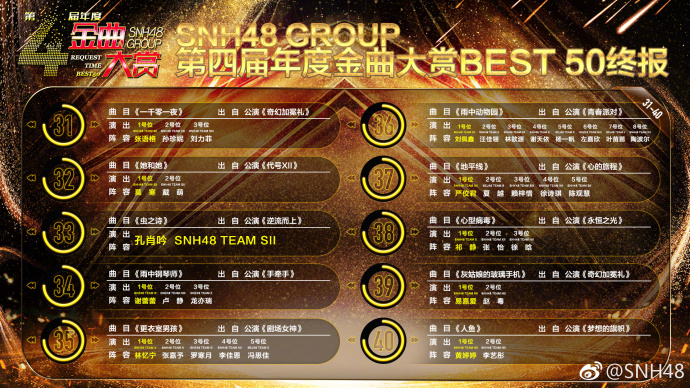 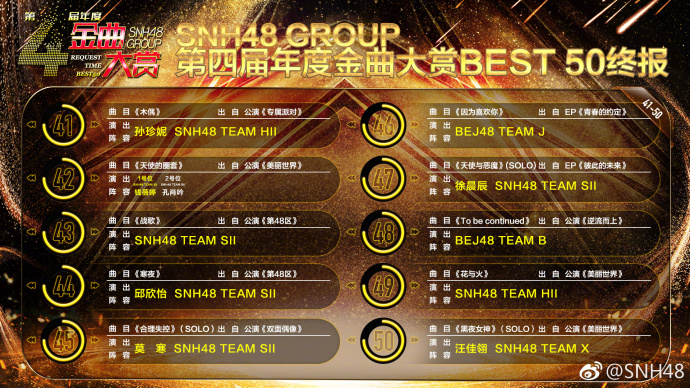 Surprises are to be expected at any major event and STAR48 had a few other things up their sleeves on February 3rd.

The first announcement came early in the show when SNH48 Group announced that they had acquired the services of famed Hong Kong music producer Xiang Xue Huai as Artistic Advisor. He is known for works with Teresa Teng, Leslie Cheung, Alan Tam, Andy Lau, Jacky Cheung and other artists.

Halfway through the show, another surprise awaited the fans. STAR48 announced a new partnership with Tencent to create the first virtual idol group using AI (artificial intelligence) technology. You can read more about it in this article.

The event that most fans were waiting for took place after all the 50 songs had been performed: the SNH48 Team Shuffle!

Several things happened in the span of a few minutes: SNH48 Team XII was officially disbanded, a new Team FT (“Team Future”) was created to replace it, the new 9th generation members were introduced, and the remaining four teams were reorganized!

Sadly, several members were also demoted back to “Research Student” status which means they are no longer attached officially to a team. Many of those members were already on the out of the group but, for the others, they will act as substitutes for the other teams until they can be promoted again.

Read all about the SNH48 Team Shuffle here.

7 20
6 hours ago
More photos from the rehearsals for the #SNH48Elections https://t.co/vzqTpPYpfy

11 34
6 hours ago
Actor Zhang Zhihao who appeared in the #Studio48 production "花戎" sends blessings for the #SNH48Elections https://t.co/hRu6NlfeFu
1 3