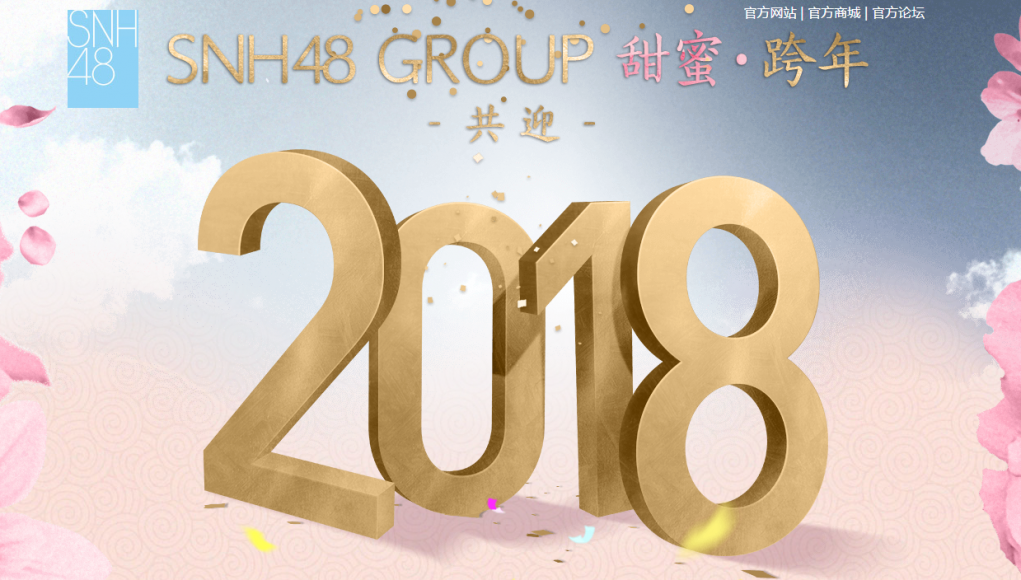 It came a little later than usual but SNH48 Group has finally announced their formal plans for the upcoming New Year’s Eve (December 31st) and they are impressive.

This will be the largest number of shows / stations the group will appear in on a single day in its history! Together, the group will perform on 9 different shows, 11 TV stations (including one international), and host special stages at every theater which will (as always) be broadcasted Live.

Here are the shows and stations where you can find the teams on December 31st.

Not only will you get to see the group TV (some Live and some recorded) but each theater is also hosting a special stage for the occasion.

Joint stage with members of all 3 teams (B, E, J) not performing on CCTV

4 31
3 hours ago
As the #SNH48 subunit #SEN7ES is preparing for their upcoming tour, here is a theater PV for "沙漏 Sandglass"This was recorded prior to the departure of Kong XiaoYin (Bee) from the grouphttps://t.co/QScTbNiAuR
1 17