GNZ48 and SHY48 had a few surprises in store for their fans during their October 5 stages (part of the National Holiday week specials): new members!

It all started with GNZ48 which had two announcements to make.

With the trainee team now down by four members, that announcement was followed by the news that four new 6th generation trainees were making their debut! They are: Deng ManHui, Yan YuDie, Ye ShuQi, and Zhang Run.

The good news didn’t stop in Guangzhou as SHY48 finally revealed the new twelve members of it’s 4th generation that have become part of the first trainees team!

16 candidates were competing over the last month for fan votes that were going to determine the top 12 who would get to debut as part of this new trainee team. 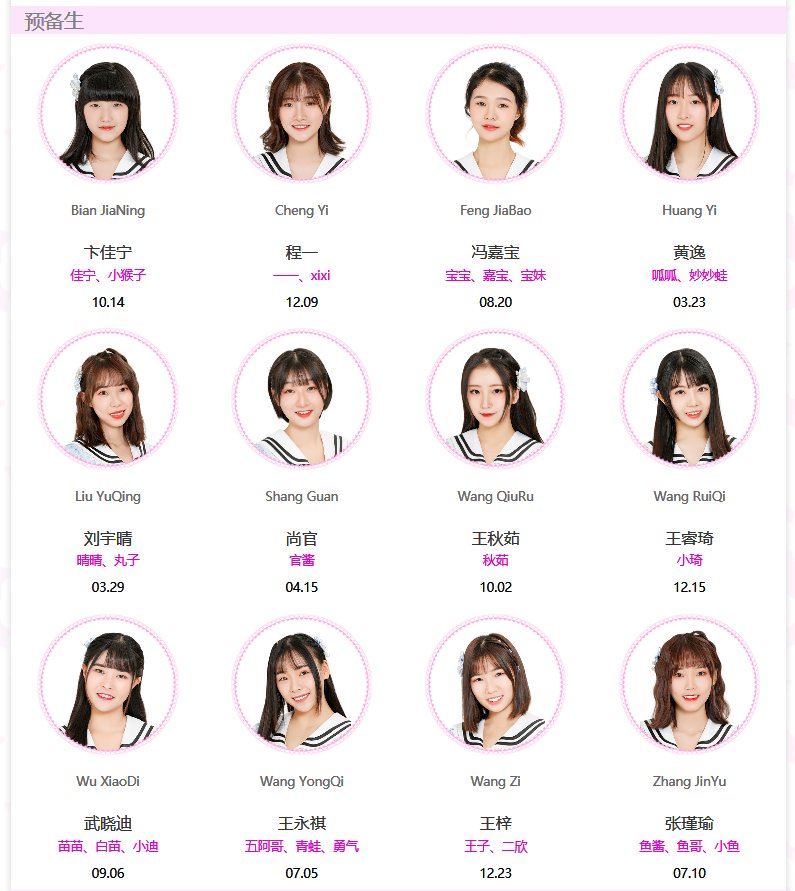 You can watch them being introduced in the video at top of page.

You can view their official profiles here.

An interesting aspect is the fact that trainee Wang RuiQi is actually not new to SHY48 at all.

Wang RuiQi was a 2nd generation member of Team HIII before abruptly resigning from the group. With this return as a 4th generation member, she becomes the first person to officially leave SNH48 Group and then return (people on hiatus are still considered members).

4 34
4 hours ago
As the #SNH48 subunit #SEN7ES is preparing for their upcoming tour, here is a theater PV for "沙漏 Sandglass"This was recorded prior to the departure of Kong XiaoYin (Bee) from the grouphttps://t.co/QScTbNiAuR
1 18