Some of the top members of SNH48 Group appeared on the JiangsuTV Spring Festival Gala on February 12th, 2021. They collaborated with a boy group for the opening act of the show which featured the song “嗨皮牛耶” and a large group of backup dancers which is typical of Chinese television holiday shows (at top of the page).

Later in the show, Song XinRan 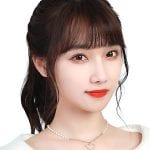 (Team X) contributed (non-singing part) to another act (see at bottom of page).

You can find a vlog showing behind the scenes of the recording for this event below.

3 minutes ago
The schedule for the upcoming #GNZ48 stages including special stages, "Trigonometric Functions" by Team Z, and the return of "Victoria.G" by Team G on June 19th https://t.co/r6OFzp925a

1
6 hours ago
#SNH48 and Sina Weibo Star Chart once again collaborate this year for the 8th General ElectionsAs in past years, fans will be able to cast votes on Sina Weibo (not linked to actual election votes) with rewards being given to members during the period leading to the election https://t.co/EwnsHceJQH

3 1
7 hours ago
Tonight will be the first #SNH48 Group 8th General Elections Live on Sina Weibo with You Miao of Team SII (13th generation)Sina Weibo will present a Live every day starting today until the end of July https://t.co/f6GDiG17KN