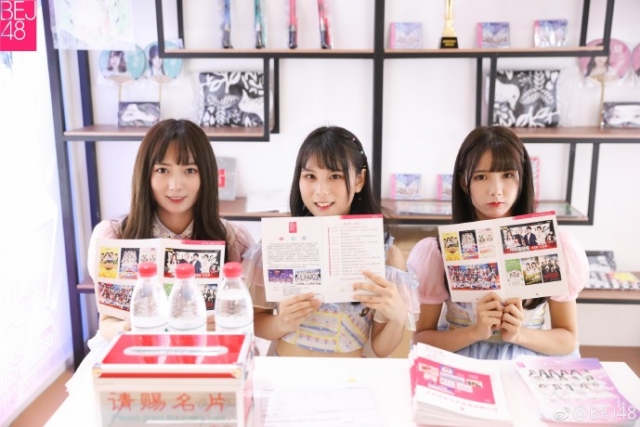 Members of BEJ48, SHY48, and CKG48 were engaged from September 7th to 9th in two major arts related expos in China.

BEJ48 and SHY48 were invited to be guest showcase acts during one of the biggest performing arts expos in China during the weekend of September 8th.

BEJ48 also operated a booth during the event promoting SNH48 Group while their General Manager participated as speaker during the Performance Investment and Financing Summit Forum which was taking place alonside the event.

BEJ48 also accepted an award for its investment in the arts during the forum.

Things were also lively in Chongqing over the weekend with CKG48 members performing at the cultural industry expo as well as also running a promo booth where they mingled with visitors and answered questions about SNH48 Group.