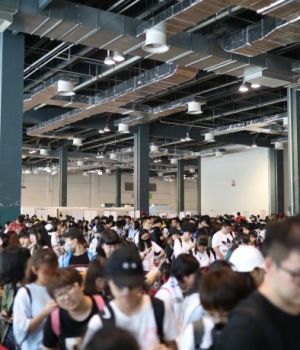 On July 29th, medias in mainland China were reporting on the SNH48 Group 5th General Elections which took place in Shanghai on July 28th.

One article (link in Mandarin), in particular dealt more with the financial aspects of the election.

The report compares the “fund-raising” system used by SNH48 Group throughout the year and culminating in major events like the Best50 Request Time concert and, of course, the annual general elections with what has been done in recent Chinese idol shows like “Idol Producer” (IQIYI) and “Produce 101 China” (Tencent) which didn’t even come close from a purely financial point of view.

The important piece of information to come out of this article is that the total revenue expected for all the votes at the general elections + the election/handshake events is expected to exceed 200 million yuan! (or 29.4 million USD).

These numbers are breaking all sorts of records and attracting the interest of a lot of people in China including all the competition.