The weekend-long 6th anniversary celebrations for the SNH48 Xingmeng Theater in Shanghai concluded with the debut showcase for the newest subunit “DeMOON” at the Bandai Namco Theater on September 15th. 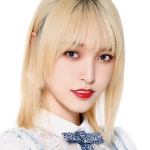 is on hiatus for medical reasons) sang the songs from their first EP as well as offered a few solo performances and games for the assembled crowd.

Fans had been present earlier to prepare a variety of gifts and souvenirs for both their idols but also the other fans in attendance.

Watch the full debut showcase at top of page.