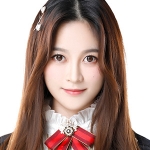 of Team B (SNH48 5th generation) had been given a red card and removed from her team as a result of a violation of the group’s Code of Conduct.

It was later indicated that Chen MeiJun had resigned from the group as a result (not yet official at time of publication).

Fans have found evidence, dating back to her days as a member of defunct idol group “1931”, that she had been in a direct “sugar daddy” relationship with a fan who gave her thousands yuans for years as well as expensive gifts.

44 minutes ago
You have until midnight on November 29th to participate in the next round of voting for the #SNH48 Group 8th Best50 Request Time Concert https://t.co/JPdYcnPnOE