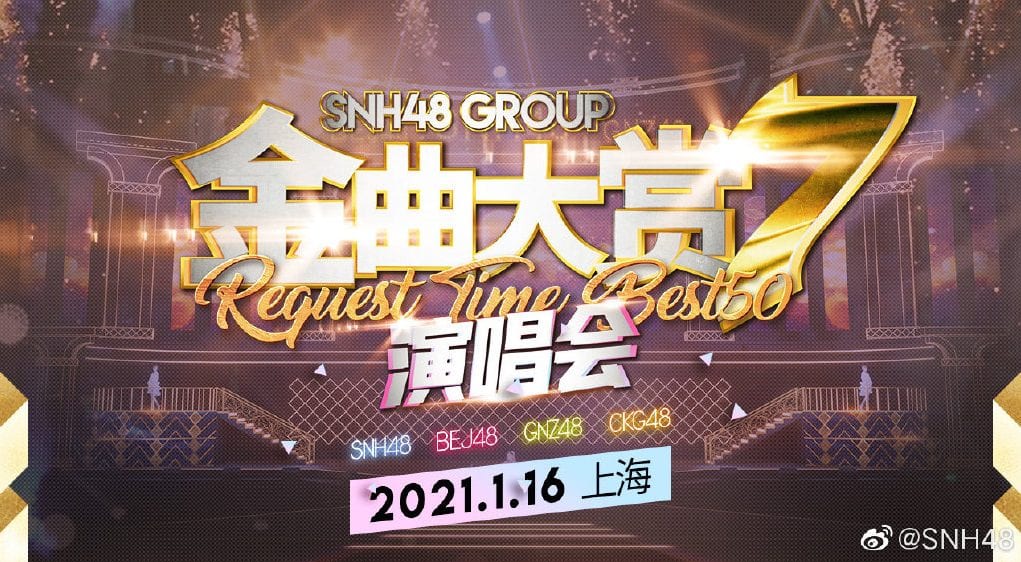 Tickets for the upcoming SNH48 Group 7th Best50 Request Time concert officially went on sale on December 17th, 2020. The event which is scheduled to take place on January 16th, 2021 also opened its official web page providing additional information on the event itself.

The concert is being promoted as the “largest event of the 2020-21 season” (remember a season runs from one election to another) due to the limited scope of the 7th General Elections as a result of the pandemic.

The 2021 concert will, for the first time, take place at the Shanghai Jing’an Sports Center which is a newer modern multi-purpose venue well accustomed to receiving concerts of various sizes.

Fans were also given the first promo video for the show which features the participation of all 9 SNH48 Group teams, the presence of some of the 1st generation Honoured Graduates, and the competition between teams SII and HII for the new original stage prize.

The concert itself will be very similar in format as in the last two years with songs being presented as a countdown from 50 to 1 (although not always in exact sequential order). Songs that are lower on the chart will have a shorter version performed with fewer effects while winning songs will be sung in their entirety with everything from enhanced settings to backup dancers.

This year also sees the addition of older songs not from the SNH48 repertoire. This is presented as a “meeting of the new and old” and fits with the government mandate to promote Chinese songs.