June 9th is an important day for all of SNH48 Group: the start of 5th General Elections!

As per last year, STAR48 is launching the voting period with a big event in Shanghai including a ceremony, performances, and a handshake event.

The day started early for the members with a 9am handshake which was then quickly followed by the actual ceremony which started not long after 10am.

The ceremony was a low-key affair compared to last year since no significant announcement were made.

Both of the teams who sang the A-sides of the election EP were on stage performing their songs and then officially declared the voting period open.

The first few minutes of the 4th SNH48 documentary were also shown to the many fans on site for the occasion.

The full event can be seen in the video at top of page.

A trailer for the 4th annual documentary which recaps key events since the last election was shown during the event. The complete documentary is to be released soon.

The election EP is a double A-side (a first for SNH48) so both of songs received the MV treatment. The two versions of “Forest Theorem” have already been released but that left “Secret Garden” (performed by members of sister groups) for a big reveal on Youku.

Sina WeiboSina WeiboSina Weibo (NASDAQ: WB) is a Chinese microblogging (weibo) website. Launched by Sina Corporation on 14 August 2009, it is one of the most popular social media platforms in China. As of Q1 2018, Sina Weibo has over 411 million monthly active users, with surging stocks, advertising sales, revenue and total earnings in the quarter. At the start of 2018, it surpassed US$30 billion market valuation mark for the first time. Source: Wikipedia is the one of the most popular microbloging platforms in China and, for the very first time, it officially partners with STAR48 in support of the SNH48 Group 5th General Elections!

STAR48 announced on June 9th that Sina Weibo would be the official microblogging platform of the elections and would offer another voting channel for fans on top of the official site and the Pocket48 APP.

STAR48 had let it known last month that a major update to their Pocket48 APP was in the works and it finally went Live on June 9th.

Several improvements have been made to the APP and a new companion applet called “MATE48” was also introduced. This new applet is based on the WeChat APP and will deliver video, audio, and other multimedia elements to fans through the very popular APP.

Other announcements made online at the same time as the launch ceremony involved the tickets for the concert/ceremony of July 28th as well as the name of the hosts for the event.

Many fans had complained about high prices of election tickets in 2017 and, although STAR48 lowered prices in the end, it resulted in several prime seats going unsold. The message from fans was that there was a limit to what they were willing to pay for a concert after already spending so much on voting.

STAR48 appeared to have been listening as the pricing for this year in more in touch with what had been done historically (below). Tickets will now range from 198 yuan (approx. $30 USD) to 1280 yuan (approx. $200 USD) for Super VIP seats for a concert set to start at 4pm.

STAR48 will once again count of the duo of Gao Feng 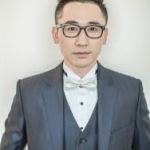 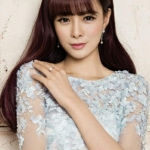 (actress/model) to serve as hosts for the show as well as other special guests to be announced at a later stage.