SNH48 Group fans from across China were converging on the city of Guangzhou on January 19th for the 5th Best50 Request Time Concert.

Each year, SNH48 Group allows fans to vote for the songs they believe are the very best out of the SNH48 music catalog. Fans can vote for a song but, also, on who are the members or teams they want to see perform that song.

Taking place for the very first time outside of Shanghai, the concert found a home this year at the Guangzhou GymnasiumGuangzhou GymnasiumIndoor arena in Guangzhou used as a concert venue and for sporting events such as arena football, basketball, badminton and table tennis. It was constructed between 11 February 1999 and opened on 30 June 2001, with a seating capacity of 10,000. Source: Wikipedia which is one of the biggest indoor concert venues in the city.

Over 600 songs from the SNH48 Group discography were in competition this year.

The show was streamed on Migu Music and Tencent Live Music for the domestic audience as well as on Youtube for international fans.

SNH48 Group continues to innovate this year as they introduce a new “grouping” system for the top 50 songs fans voted for. Each grouping was allocated a specific number of songs per category (see below).

Each grouping (with “Star” being the lowest and “Golden” the highest) comes with increasing benefits in stage lighting, setup, costumes, and so on.

Top Team Song: “笨” (“Stupid”) from the BEJ48 Team B original stage “B A Fighter” performed by Team B itself.

Let’s look at the results by groups.

The official results have each group counted independently but we have chosen to make our listing from 1 to 50 (with 1 and 2 above). The bolded names indicate who was selected as center for each song.

One of the anticipated moments of the evening was the reveal of the 7 members who had won the fan vote to join a new subunit.

The final results generated a fair share of surprise in the assembled fans as the overall winner ended up being SNH48 Team SII member Xu ZuXian and several members who had been expected to be in the list suddenly vanished.

One such example was Zhang Xin, Co-Captain of SNH48 Team HII, who had been widely expected to appear in the final list of members of the subunit.

Fans on site reported that she had been seen in a private meeting with the President of STAR48 in what was no doubt a discussion on this turn of event.

Watch the announcement of the new subunit below.

One announcement that caught everyone by surprise was the unexpected news that several members from various groups between the ages of 16-18 would be departing for a 2 YEAR extensive training overseas!

It is believed they are being sent to train in South Korea at the training center announced last year by STAR48. They will be joined by new trainees recruited as part of the latest round of auditions who will all have to be between 16 and 18.

The last part of the night was filled with dissapointment for many.

SNH48 Group confirmed the disbandment of sister groups SHY48 (Shenyang) and CKG48 (Chongqing) as well as the end of the SNH48 Team FT which had been created during the last shuffle in 2018.

Members of those groups were redistributed between SNH48, GNZ48, and BEJ48 with anyone not assigned to a team placed with a new “group” called “IDOLS Ft”.

All the details of the group reorganization and shuffle will be covered in a followup article. Stay tuned!

8 hours ago
Members of #SNH48 sending greetings for the upcoming "2020 HUYA Start Night" in which they will participate this January 23rd https://t.co/9g4Qf4iSKB
8 22
8 hours ago
Zhang QiongYu of #GNZ48 Team G (#SNH48 6th generation) https://t.co/tuXgzpCAXp 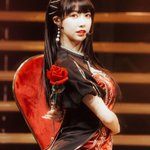 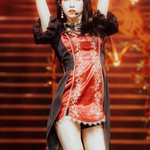 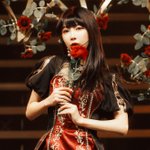 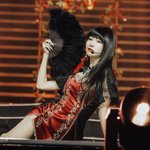 13 61
9 hours ago
#GNZ48 will hold their 7th Best50 Request Time handshake event at their Xingmeng Theatre on January 30th and 31st https://t.co/sPGqnuGsPW

11 30
9 hours ago
Many activities are currently being cancelled in Shanghai due to an increase in the number of Covid-19 cases in the cityThis has already impacted "curator for a day" events on the 26th at the #SNH48 exhibition, but no news yet on any possible impacts to Xingmeng Theatre stages https://t.co/LloIaiYy39 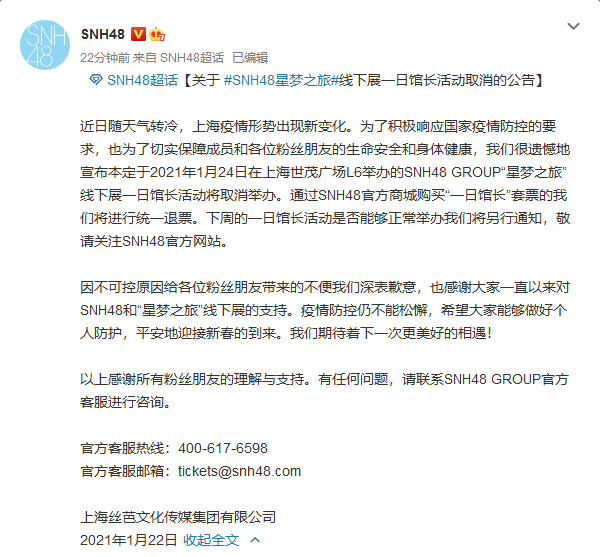