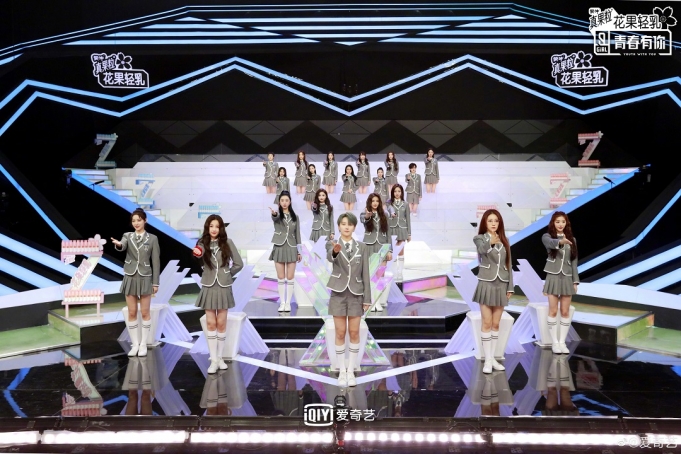 Last week was yet another round of elimination for the IQIYI survival show “Youth With You 2”. This time, the field of participants was trimmed down to 20.

This was both good and bad news for SNH48 fans as we ended up with a 50/50 split. Four members made it to the final round while four were eliminated.

Still up for a fight

The four members of SNH48 who have survived the latest round of eliminations are (from left to right below): Xu JiaQi (Kiki) in 4th place, Dai Meng (Diamond) in 12th place, Sun Rui (Three) in 17th place, and Song XinRan in 18th place.

They all now move towards the final events but most fans have long reached the conclusion that the final outcome is already decided and that any movement that remains will be purely for the sake of entertainment value.

The “Youth With You 2” show has been plagued with accusations of “fixing” almost since the time it started. Here are but a few of the problematic situations that took place:

Fans of Mo Han (Momo) of Team SII complained early on that the rank she was getting was incorrect. Their numbers showed that they had purchased enough votes to secure her a spot in the Top 10 based on the broadcasted results but she did not even come close. Not long after, IQIYI told all fan clubs that announcing their fund raising numbers online could lead to their idol being disqualified.

Fans of Xu JiaQI (Kiki) started doing the math when they realized that the number of votes announced for her did not match the number of votes cast announced elsewhere. The response from IQIYI was to say they had an external auditor keeping an eye on the voting “following agreed upon rules”… but never stating what those rules were.

SNH48 fans have accused IQIYI of not giving their idols screentime matching their ranks compared to some other idols (although it appears many others suffered the same fate). They were also victims of “evil editing” and all sorts of other survival show tricks to favour certain trainees over others.

It all finally came to a boil last week when four of the remaining eight SNH48 members were eliminated despite great efforts on their parts and the part of their fans to keep their chances alive.

Below (from left to right in no particular order) are: Mo Han (Momo), Duan YiXuan (DDD), Zhang YuGe (Tako), and Xu YangYuZhuo (Eliwa).