February 2nd was the busiest broadcast day of the SNH48 Group Spring Festival schedule for 2019. Members were showcased in 4 different galas throughout China.

Let’s take a look at the performances!

Things kicked off in high gear with subunits SEN7ES and BlueV as some of the main acts of the AnhuiTV Spring Festival Gala.

Each of the units recorded several performances. Some (at top of page) were aired on February 2nd with others to be released in another show later on in February. 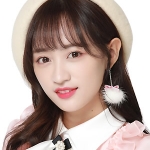 This was a bittersweet moment for fans in Chongqing as the show was recorded just days before CKG48 was officially disbanded and, as a result, this represents their very last performance to air.

One of the performances by BEJ48 this year took them to one area of China they had yet to visit: NingxiaNingxiaOfficially known as the Ningxia Hui Autonomous Region (NHAR), it is an autonomous region located in the northwest part of China. Formerly a province, Ningxia was reformed as an autonomous region for the Hui people, one of the 56 officially recognised nationalities of China. Twenty percent of China"s Hui population lives in Ningxia. Source: Wikipedia!

Last, but certainly not least, we have a performance by GNZ48 Team NIII in Guangzhou for New China TV (below).