Following the SNH48 Group 8th General Elections which were held in Shanghai on August 7th, 2021, three trainees were rewarded with promotions. One was from GNZ48 and two from SNH48. Congratulations!

Having once again shown the strength of her fandom by ranking in 10th place at the elections despite two demotions within the space of a year, Zuo JingYuan was once again promoted as a full member of GNZ48 Team NIII on August 12th, 2021.

The only SNH48 trainee to crack the list of Top 7 Newcomers (the rest of the positions being occupied by BEJ48 members), Wu BoHan 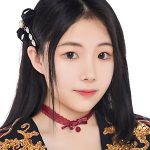 of the 15th generation was rewarded with a promotion as full member of SNH48 Team X. 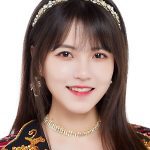 who had left the group in 2020 but made a return as an SNH48 trainee in 2021 was promoted as a full member of SNH48 Team NII. Although she did not rank in the Top48 this year, it was clearly the intent of management to promote her.

20 minutes ago
"天空信" - the graduation solo single by Lu Ting of #SNH48 Team NII (2nd generation) has been released on the Migu Music and Netease Music platformshttps://t.co/AesQmMdp7q https://t.co/fSLGbhJkea

5 16
2 hours ago
Do not miss the graduation stage for Lu Ting of #SNH48 Team NII (2nd generation) today at 2pm (China time)https://t.co/nYSm3IAFh7
5 13
5 hours ago
Some of the performances from the last #SNH48 Team SII "Plan Salvation" stage to include Sun Rui (#SNH48 Hall of Famer and #STAR48 solo artist) prior to her graduation from the grouphttps://t.co/27ZZcaEnaS
2 12
5 hours ago
Watch episode 4 of the #SNH48 travel variety show featuring Jiang Yun (Team SII) and Wang XiaoJia (Team X)https://t.co/6hJTQCLllr
1 8