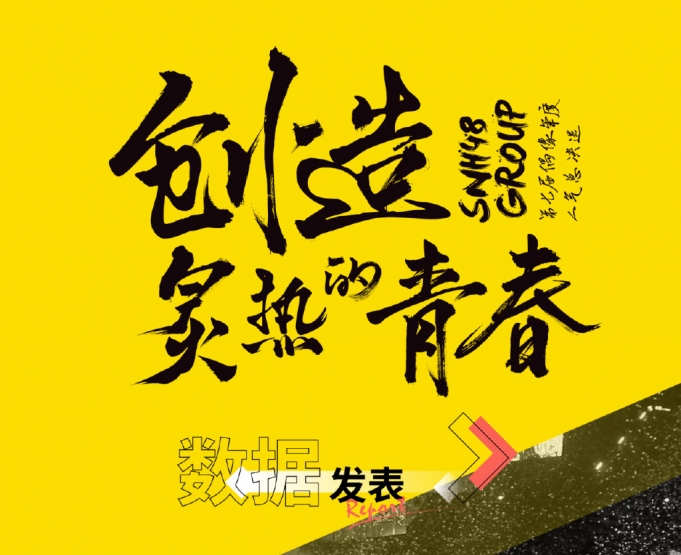 SNH48 Group announced the first set of results for its upcoming 7th General Elections on the evening of July 5th, 2020. The announcement was made at the end of the SNH48 Team SII “Plan Salvation” stage taking place that same evening.

It was a really low key event done quickly at the end of the stage performance without fanfare. This is caused by changes to the format. (see below)

Changes to the format

In past years, SNH48 would release 2 to 3 sets of complete preliminary results leading up to the elections. These would include all the members who ranked with their exact voting figures up to that point.

You could then tell exactly who had or had not ranked to that point as well as what gap existed between the various members. Although this provided a lot of information, it also had the negative effect (in some cases) of actually discouraging voting because some fans would say “we want our idol in Top 32 so we will just make sure to vote enough to get her there”.

This year, the group is adopting a system that fans have become familiar with on the various survival shows SNH48 took part in. They will have weekly results (instead of just 2 or 3) but those will only include voting numbers in certain weeks (and not for everyone) in order to create suspense and doubt and, thus, increase voting.

Anyone who ends up in the bottom 20 at the elections will automatically be demoted to “IDOLS Ft” unless they have been with the group for less than one year or are already part of that group.

It had been previously announced that only the Top 50 members (without numbers) would be revealed during the 1st set, but the actual results today included the Top 58 and also the bottom 20.

Although it is highly anticipated that election results this year will fall considerably (expected to be on par with 2016 levels) since the graduation of Li YiTong and the absence of the entire 1st generation who will be graduating (with large fan bases), there is still some excitement amongst fans who want to see if a new generation of top earners is taking shape.

This is a transition year for SNH48 Group in more ways than one.

Here are the 1st set of results.

The results for the Top 49 to 58 and bottom 20 are in Chinese alphabetical order (not ranked by results). Names in BOLD are in danger of being demoted in the bottom 20 list. Only members who rank 148 or greater will get to participate in the election concert.