Members of Teams C and K joined forces in a special stage in front of a large crowd in Chongqing. This is significant for a group which has been plagued with low attendances over the past several months.

The appointment of a new General Manager (the same as GNZ48 in Guangzhou) is starting to show signs of having an impact but we will have to wait a bit more to see if it takes hold.

You can watch the complete stage for free on the CKG48 website.

Each of the SNH48 sister groups announce their MVPs for the past year during their anniversary shows and this was another first for CKG48.

The 2018 MVPs are: Ran Wei of Team C (1st generation) and Wang LuJiao of Team K (SNH48 5th generation). Below are their photos. 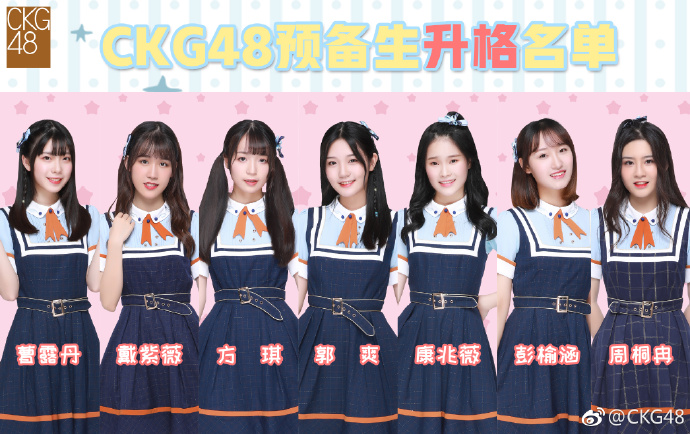 One of the highlights of the evening were the announcements of promotions from trainee status to full member for several individuals!

Another piece of news was a new concurrent position for Team C member Bai XinYu who will now share her time with BEJ48 in Beijing (for academic reasons).

Blast from the past

As we celebrate their 1st anniversary, let us take a moment to look back at their debut. This is the premiere of Team C on November 03, 2017.

15 42
5 hours ago
#SNH48 Team SII will celebrate its 8th anniversary with a special Halloween stage on October 30th https://t.co/pbJXTHGEBV