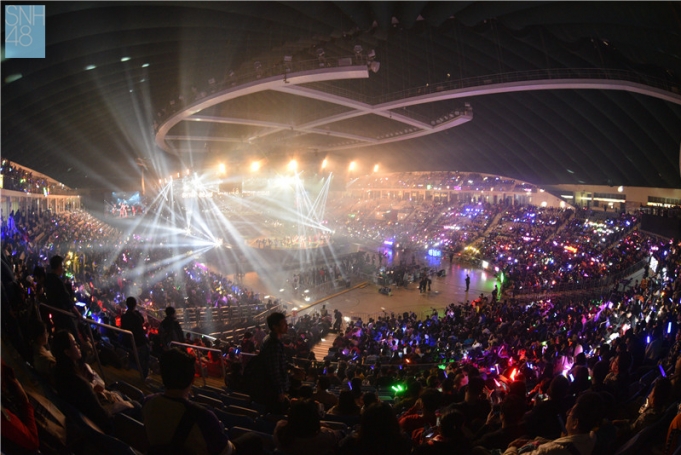 SNH48 has revealed the details regarding its upcoming “燃烧吧！团魂” Live team competition on January 31st. We had covered this project in an earlier article.

All 10 teams of SNH48 Group (4 in Shanghai and 3 each for Beijing and Guangzhou) will participate in this competition.

Team representatives will be in Shanghai from February 15th to 17th to draw lots and determine which team will compete against each other.

Each set of two teams will be sent on tour to 5 different cities in China (Hangzhou, Guangzhou, Beijing, and Shanghai already confirmed with 1 more city to be announced) to compete in a Live show streamed on the Migu Music network.

The top 3 teams with the most overall votes from the 5 winning teams will go on to the final in a 6th city. The team that emerges as the grand winner will then get their own tour stop.

Contratry to the General Elections or the Best50 Request Time Concert, fans will be voting for the performance of an entire team composed of solos, units, team songs, and MCs.

The real-time voting will be done via the Pocket48 APP with VIP members and fans onsite at the concerts getting some free votes. It is assumed that other fans will also be given the opportunity to vote but the cost structure has yet to be announced.

Migu Music will also have a thematic web page that will allow fans to vote for which of the tour stops they liked best and that concert will also be given recognition.